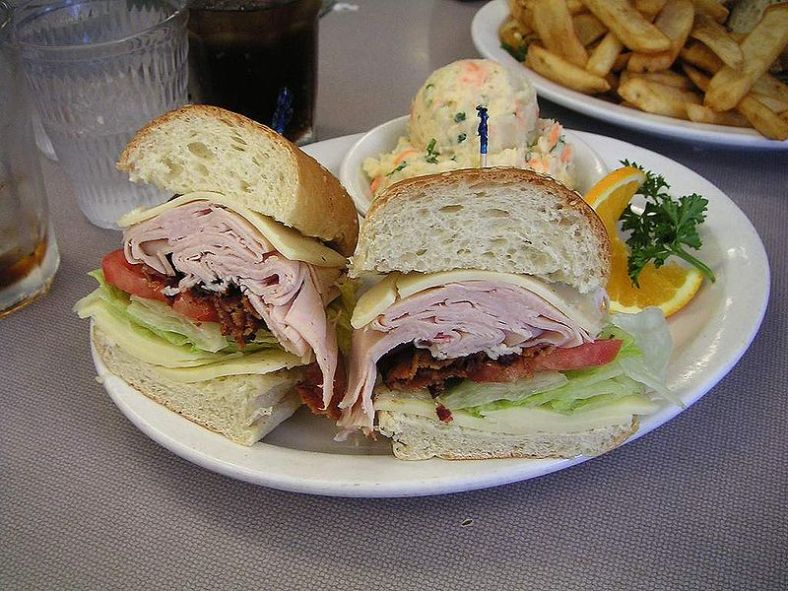 I have had one perfect relationship with a guy in my life. He has a name, but I rarely use it because our relationship transcends humans and was on this heavenly, God-like level, so I exclusively refer to him as “The Sandwich Hottie.”

This guy and I never dated. But he was perfect. Let me explain.

During college, I spent my summers working at Blockbuster because I was totally that film school kid. Our store was in a shopping center and we had a deal with the Blimpie sandwich shop a few doors down. Our store manager agreed to let the Blimpie owner get free movies and, in exchange, those of us who worked the opening shift got a free lunch.

One of the guys who worked there was totally cute. Floppy hair, adorable blue eyes vaguely artistic–exactly the type of dude college me was all about. My boss was fully aware I had a full blown crush on him. And he would frequently prod me to make a move or ask him out. I would balk every time both because I really just feel like if I am making 75 cents to your dollar and menstruating, you should make the first move fellas. If you’d like to trade, we can. But until that happens I really detest asking guys out. It is an anxiety-ridden potentially panic attack-inducing process that I try to avoid. But in the instance of The Sandwich Hottie, I never planned on asking.

The boss kept pushing and finally I had to break it down for him:

“Listen. I am so completely satisfied with my interaction with this dude. Once a day, I get to take a break from alphabetizing and putting away plastic DVD cases. For around five minutes I get to look at something very pretty, I might get a little banter in, and at the end of the interaction, he hands me a free sandwich. Why on Earth would I mess with this? I’m 19. You think I’m gonna ask this sandwich employee out and we’re gonna have some meaningful relationship while I am out in California going to school? Probably not. Or he says no and then things are awkward. Or I find out this idea of The Sandwich Hottie is ten levels above what this actual person is like. So what incentive do I have to mess with something that is perfect? I get a break, I get eye candy, I get free sandwiches, and I get the joy that comes with imagining how wonderful Sandwich Hottie is and what he does when he isn’t making sandwiches, which was probably getting high behind Blimpie and not reading books or rock climbing or whatever my imagination is coming up with.”

My boss paused. He said nothing for a minute. Then he said, “You know, women are generally not a group I think of as a very logical bunch. It kind of scares me when you present such a reasonable argument, but I see your point and I concede.”

Then there is another pause and he adds:

So yeah, that might explain why the Sandwich Hottie is the best relationship I have ever had, but c’mon, who wouldn’t be happy with this scenario? To paraphrase Joey Tribiani “Pretty? Good! Sandwich? Good! Situation? Goooood!”

One thought on “The Sandwich Hottie”