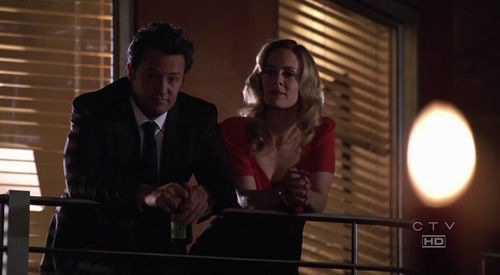 In college I felt very fortunate that I knew exactly what I wanted to do. While many of my friends struggled to figure things out, I started up at film school ready to become a producer or development executive. I picked up minors in business and sociology to help me understand those aspects of the industry, then I got some really fun internships, including one with a production company called Village Roadshow Pictures. The guy who ran the intern program, Fred, was a really great mentor and he taught all of us how to write something every entry-level job in Hollywood development requires: coverage.

You may not know this, but script coverage is essentially a book report. You write a page or two summarizing the plot, then offer a recommendation on the script in the comments section. If you can’t tell from the fact I churn out one of these super-long blogs each day, I’m a pretty fast writer. I’m an even faster reader, so I could read a screenplay and turn around coverage in around three hours.

Fred decided to take a chance on me and added me as one of freelancers at Village Roadshow, so in addition to my work study job at the USC Bookstore, I would read a couple of scripts for them each week. Then I picked up another client who used me to read novels over the weekend and recommend if they were worth purchasing the film rights to possibly make the movie. Before I was even out of college, I had great references, decent grades, and an in-demand skill at my disposal.

The problem was, the more time I spent in the entertainment industry, the more I realized I liked movies, but didn’t really like being in the process of making them. I can’t watch The Devil Wears Prada, for example, because it is too realistic to my experience as a Hollywood assistant to enjoy. It is a horror movie.

A story that circulates through film courses is that there once was a wonderful, thoughtful script about a boy dealing with his new step-family situation and domestic abuse. Thanks to the beauty of the development process, that movie ended up being My Stepmother Is an Alien. While there are countless times a script doctor and the development process saved a movie from itself, there are numerous other times the movie ends up not nearly as good as the screenplay would’ve indicated.

While at Village Roadshow, I was assigned a screenplay that I continue to attest is the greatest screenplay I was ever assigned as a reader. It was beautiful, clever, romantic, original, and, most importantly, lacking some stupid contrived end of the movie plot twist that came so often in the mid-aughts.

That script eventually became a movie. That movie was The Lake House.

I will tell you right now, this movie isn’t exactly great. In fact, it is barely good. That is how little a screenplay can really predict how a movie is going to turn out. Every year, the industry puts out a list called The Black List, which is a list of the best unproduced screenplays floating around Hollywood. In 20112, you know what was the most popular script on the list? Draft Day. It is fascinating to go through the archives to see which scripts were believed to have incredible promise only to turn into some really stupid movies.

The Lake House isn’t stupid. For me, it still kind of works, but that is also because I have always been in love with snail mail. I love checking the mail, I loved having Japanese pen pals as a kid, and I love sending people packages. I love mail so much that as a child I became a Utah Jazz fan simply because Karl Malone’s nickname was The Mailman.

So, this movie centers around a magical mail box that lets two people separated by two years send one another love notes. The time travel logic holds up immaculately, but the real issue at the heart of this movie is that watching two lonely people exchange love letters, while wonderful in concept, lacks in execution. There is a lot of voice over as the stars, Sandra Bullock and Keanu Reeves, sit in a corner scribbling. I still have the screenplay though. I kept it since it was such a beautiful read, I didn’t have the heart to throw it away.

Seeing how movies were made and seeing the kinds of movies being made when I was out of college (reference @Stapes, @BJNemeth, and @ScotthuffNYC for the discussion of how I consider ’06 one of the worst years for movies in history), I decided the entertainment industry wasn’t for me and made plans to move back to Kentucky and go to grad school. Before I left, a friend at the management firm I worked at told me I shouldn’t give up just yet and offered to get me a gig in the writer’s room for a new TV show. Even though I liked the cast and crew associated with it and its pilot script was easily the most talked about show of the season, I passed on the offer. That show was Studio 60 on the Sunset Strip.

You may consider me smart for leaving instead of taking a gig with a show that only lasted one season, but here is my dirty secret: I like this one season of this show better than any other season of TV Aaron Sorkin he ever created. Most of that love is because, for once, there was a female character central to the show that I could easily identify with, Harriet Hayes (Sarah Paulson). She embodied the same problems I had with Hollywood and that I would later go on to have in grad school, which is that she had little problem with how everyone else felt about religion, politics, and life, but others around her were always making such a huge deal about hers. That was the interesting thing about the right wing and religious people Sorkin writes. To them, their beliefs are not a big deal or strange, it is just who they are, not something to force on others. I wish the same could be said about either political parties today.

Yes, this show had problems with the sketch comedy show it centered on never being all that funny, and the same issues of recycled lines and plots, but it was also a show with remarkable love stories, the same industry BS I had grown to hate, and Sting playing a lute. To this day, I question my decision on that one. To think of the people I could have met, the product I could claim to have a hand in. It would be like a Hollywood movie where a country girl gets exactly the big city experience she was hoping for when she moved to California. Because Sorkin, while cynical, can always bring out the passion and enthusiasm that comes with working on something you believe in.

Between the romance between Harriet and Matt (Matthew Perry) and the fact I was back in Kentucky, the song that pretty much played on a loop that year was Snow Patrol’s Chasing Cars. I had no one to lay with me, but I was at a point in my life where I didn’t really have any clue what to do and what was next. The idea of just taking a minute to lie there, waste a little time, and find something important enough in my life to just forget the world was even more romantic than Sting and the lute.

Around this time, I was searching pretty hard to find a romantic relationship in my life, and I think some of the motivation was songs like this one that make it sound like maybe, if I found someone to care about, the rest of my life, which was pretty aimless at the time, wouldn’t feel so important. A couple of years ago, a guy was explaining to me how he wouldn’t be ready to be in a relationship until the rest of his life was in order. I laughed and wondered if maybe this is a men are from Mars women are for Venus type of thing. When things are falling apart, I often see my female friends latch on to a guy, even if it is obvious that guy is bad news. Then they try to figure out the rest. Guys, meanwhile, seem to feel like that special someone is the last piece of the puzzle.

I don’t know which answer is the right one. There really isn’t a correct one when you think about it. When you are confused about where your life is going and how you’re gonna get there, I think you just try to make whatever you can work. And if you can’t figure it out right away, sometimes you just need some time to chase those cars around your head until you get the ride you need to the next destination in your life.

One thought on “2006: Losing the Love of Movies, Gaining Perspective & Chasing Cars”